3.Abstract
The suggested teaching sequence is composed by a total of four units referring to the simple pendulum and its relation to accurate timekeeping. This sequence is addressed to high school students (14-15 years old) and differs radically from the traditional teaching approach.
In the traditional teaching of the pendulum, various conceptual frames are usually involved, such as Newtonian mechanics or the frame of energy conservation. On the contrary, in the suggested approach, there is a deep exploration of the frame of the pendulum’s isochronous movement, as observed by Galileo, knowing at the same time that, in the particular stage, the basic conceptual problem for the students is that of the construction of isochronous movement of the pendulum and the construction of the concept of period. In parallel, a hypothetico-deductive approach of the relation within the simple pendulum period, the string length of the pendulum ,its mass and gravitational acceleration is attempted. At the same time, the connection of the simple pendulum with the mechanisms of measurement of time up grade on one hand the cultural component of scientific knowledge and on the other hand it gives meaning in the study of the conceptual and methodological components of knowledge. The previous rationale is served by the introduction of three short texts into teaching that includes elements from the history of science.

4. Descreption of case study
In the suggested approach, there is a deep exploration of the frame of the pendulum’s isochronous movement, as observed by Galileo. At the same time, there is the knowledge that, at this particular grade, the basic conceptual problem for the students is the understanding of isochronous movement as well as of the concept of the time period. Τhe linkage between the simple pendulum and the mechanisms of timekeeping on the one hand enhances the cultural aspect of scientific knowledge while, on the other, it gives meaning to the study of the conceptual and methodological aspect of knowledge.
The previous rationale is served by the introduction of three short texts into teaching that includes elements from the history of science.

Another factor influencing the function of this approach can be the mental representations the students attain for the concepts of time measuring, pendulum period or / and for representing patterns / models in selected data. If this factor is also considered, then it is possible to have radical changes in the sequence and context of the approach proposed.

7.Activites,methods and media for learning
7.1 Schedule of activities

7.2 Worksheets
Worksheet 1
Galileo's mechanical clock The year 1636, Galileo proposes to the Dutch the construction of a clock mechanism (see photo) as which he claims «If you leave 4 or 6 of them to work simultaneously, you will not find differences in either of them not in 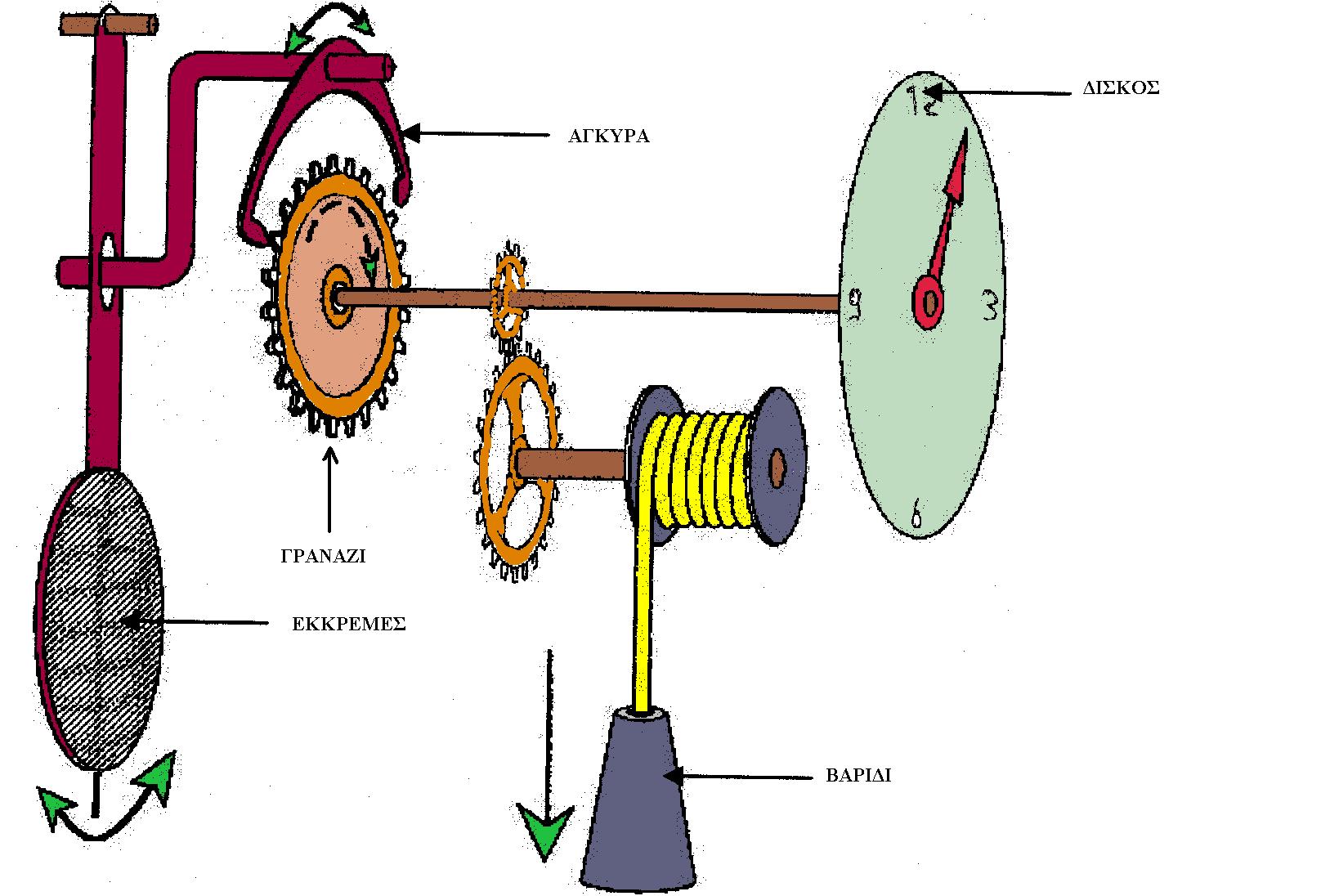 The year 1638 was a historic one for science. Galileo published his work Dialogues Concerning Two New Sciences, one of the first written records of the birth of modern Physics. Galileo wrote Dialogues in the form of a 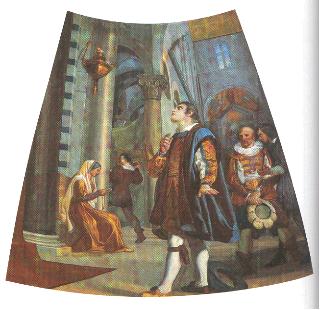 play and discusses his ideas through its three main characters: Salviati, a brilliant scientist, who expresses Galileo’s beliefs, Sagredo, a clever amateur disguised as a neutral participant and Simplicio, the well-meaning defender of the ideas of the time. The following excerpt from Galileo’s Dialogues Concerning Two New Sciences deals with pendulum motion, i.e. it is related to today’s lesson. Sagredo: “… I have observed, thousands of times, the swinging of chandeliers, especially in churches, or lamps hanging from the ceiling and moving to and fro. But the only thing I have established from these observations is that it is most unlikely that the opinion of those people who claim that all these oscillations are maintained by the environment is correct. For, if that were the case, then the wind would have to act with great insight and have nothing else to do than to give this suspended weight a perfectly regular to-and-fro motion. It is impossible for me to imagine that the same body, suspended from a string of approximately 50 meters, and moved away by 90 degrees (90o) from its perpendicular position and then one degree (1o) from the perpendicular position could, in both cases, take the same time to cover a very large arc and then next a very small one. That seems to me very unlikely.”

Worksheet 4
An exciting discovery: the voyage of Jean Richer to Cayenne
In 1672, the astronomer Jean Richer, was sent on a scientific mission by the French Academy of Sciences to the city of Cayenne, which is in French Guyana near the equator. Richer 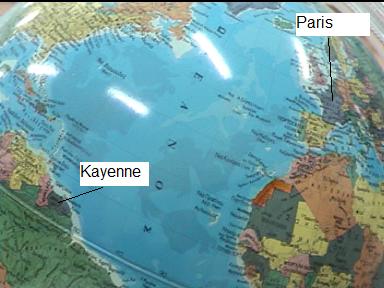 had a pendulum clock with him (like the one you see in the photograph) which had been set in Paris to oscillate in periods of 1 second. On observing the pendulum in Cayenne, Richer made an unexpected discov ery: The pendulum clock was slow by 2.5 min each day. Richer’s claim that the pendulum clock of 1 sec slows down near the equator triggered a very interesting discussion concerning why this occurs. Some scientists doubted his measurements. In fact, there were several arguments like the one between Richer and Huygens, the man who had constructed the clock Richer had with him. Others tried to interpret the results of these measurements. They claimed that the assumption that the period of the pendulum depends only on

the length of the string is not va lid. In this way, they tried to identify other factors which could influence the period. This was in fact proven to be correct!


Homework (optional)
Make a small project on what you learned regarding the movement of the pendulum and the measurement of time. This project can contain text, drawings, photographs or other material that y ou judge that has relation with this. Then, with the help of your teachers in physics and engineering, "you hang" your work in the web page of your school.


8.Obstacles to teaching and learning
Existing student conceptions and alternative scientific ideas
A research study that we have made concerning the students’ conceptions about the conceptual, methodological and cultural dimensions of knowledge implicated in the study of timekeeping and the simple pendulum revealed various cognitive obstacles the students face before teaching. Two complementary methods were used in order to trace the students’ conceptions: the review, with the help of a pertinent questionnaire, and the case study.
Some results of this study are described here: